Yes, in Teen Tunes #3, Miss Bikini Luv was replaced by The Monkees in the 2-page black & white comics section of Charlton's pop music magazine! While this is obviously an officially-licensed appearance, Charlton didn't hold on to the rights for long. After three 2-page stories in this and the following couple of issues, The Monkees moved on to a new comic book from a different publisher: Dell Comics published 17 issues starring the Pre-Fab Four starting in 1967. No offense to Dell artist Jose Delbo, but I think very few fans would disagree that Charlton's writer (unknown) and artist Jim Aparo did the better job at translating Davy, Mickie, Peter, and Mike onto the comic book page. Dig Jim's terrific caricatures and manic cartoonery! Could Jim handle humor comics? Judging from this, I can only say "I'm A Believer"! 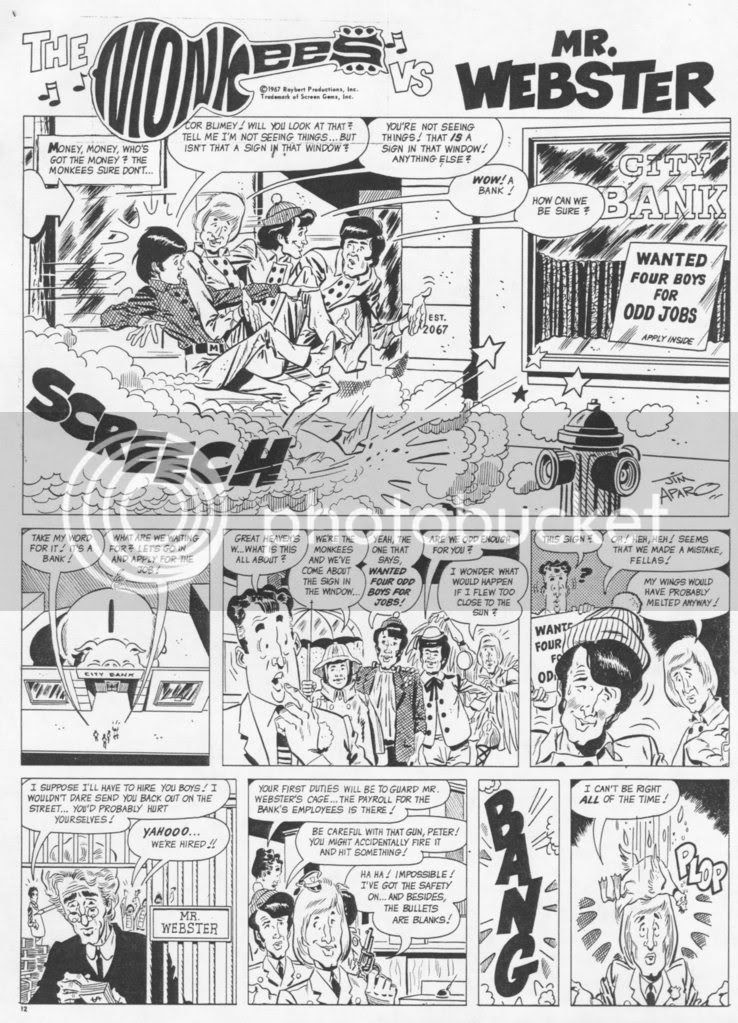 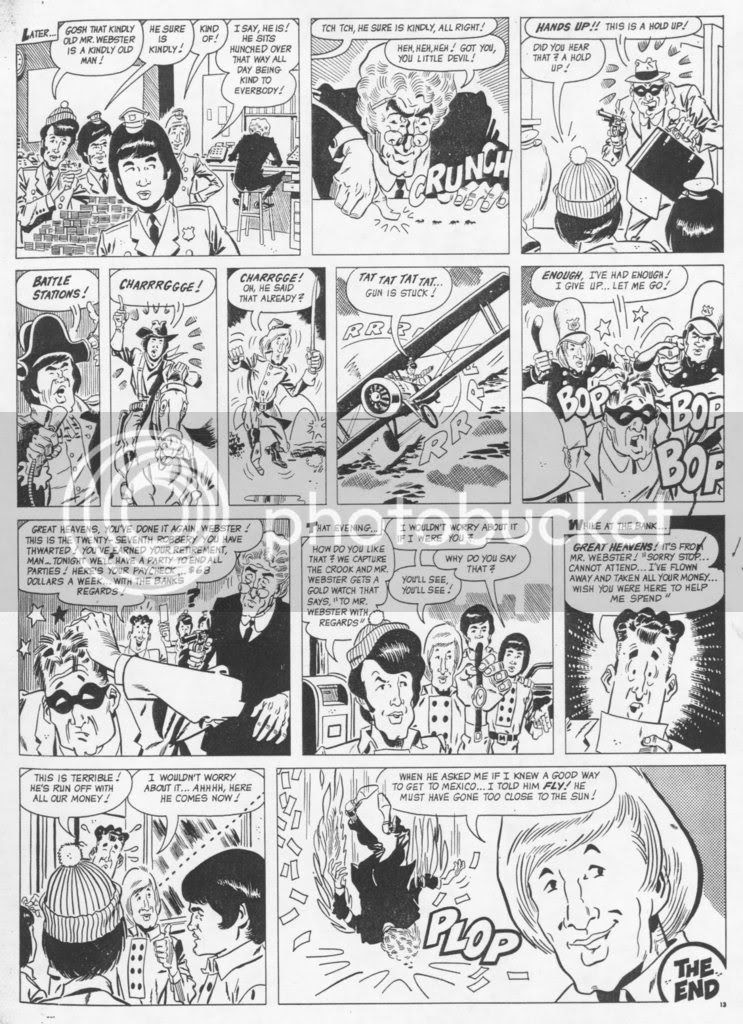